This past April, the Oscars released a new set of rules for film eligibility beginning in 2020. Among those was the stipulation that in order to qualify for nominations, a film must have a theatrical run of at least seven days. A film released straight to Netflix, with no screenings in major theaters, would be ignored.

The rule sparked some backlash from some corners of Film Twitter, but the idea is justifiable. (That’s right – for once, I’m defending the Oscars.) As streaming-exclusive content becomes more commonplace, and more people opt to watch films at home rather than their local theater, the communal experience of film is slowly dissolving. Going to the movies was once a social event, a thrill to be shared with others; these days, like so much else, it’s done with the tapping of a phone screen.

Is this the motive behind the Oscars’ move? No. The Academy is currently clashing with Netflix and other streaming sites over film supremacy, and the former is leveraging Oscar gold as a means of increasing box-office revenues. The streaming wars may have started on TV, but some of them has extended to cinema as well.

A number of my favorite films this year came from Netflix, but I still saw most of them the old-fashioned way – at my local theater. (Or through DVD rentals – Blockbuster may be gone, but my library prevails.) I still enjoy the communal experience, and while I welcome good entertainment in all forms, I hope the world of theater viewing sticks around.

Following his double dose of X-Men with The Wolverine and Logan, James Mangold set his sights on a new type of action thriller, one based around the world of auto racing. Set at the time of the 1966 Le Mans race, the film highlighted the rivalry between underdog Ford and prestigious Ferrari in their attempts to build the perfect racer. Featuring Matt Damon and an excellent Christian Bale as, respectively, an automaker and driver trying to set their differences aside, the film built itself up with compelling human perspectives, and paid it off with a thrilling racetrack climax. Though it goes on a bit long, Ford v Ferrari is a well-made throwback that delivers the thrills.

Did it measure up to Get Out? No, but Jordan Peele’s second film still delivered a double dose of thrills. Focused on a family whose summer vacation goes awry when they meet a quartet of demented counterparts, the film spins a strange but compelling tale – a commentary on American social class masquerading as a horror film. Featuring a standout dual performance from Lupita Nyong’o (as two matriarchs who behave quite differently but share more in common than just appearance), and building tension from one act to the next, Us is another green check in Peele’s directorial column. 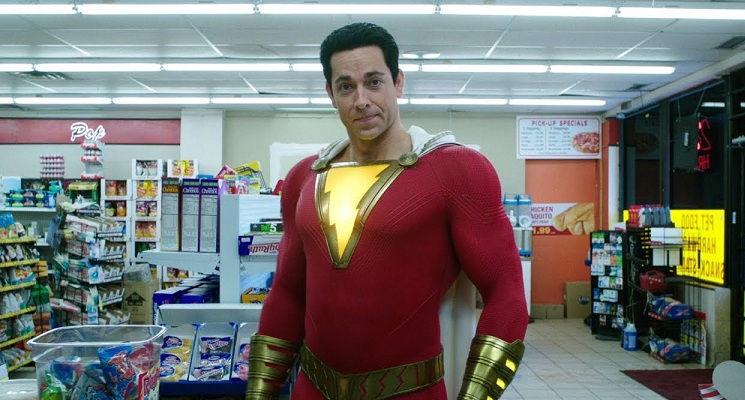 While the MCU’s version floundered with a bland and shallow message of you-go-girl-ism, DC gave the original Captain Marvel a fresh and entertaining spin. Though it grappled with heady issues of adolescence and foster care, Shazam! was primarily concerned with having fun – a task it accomplished with gusto, thanks in no small part to the performances of Zachary Levi (as the lightning-emblazoned hero) and Jack Dylan Grazer (as his gleeful fanboy sidekick). After trying and failing to build an Extended Universe on a doom-and-gloom brand, DC took a sharp turn towards comedy, and the results are a thrill ride from start to finish.

Crass comedy has never been my forte, so I approached Booksmart with some caution. But Olivia Wilde, in her directorial debut, wisely kept the focus less on crudeness than on the themes of growing up. Beanie Feldstein and Kaitlyn Dever shine as a pair of nerdy high school students who, on the eve of graduation, decide to treat themselves to one night of free-spirited fun. Part buddy-adventure comedy, part coming-of-age story, Booksmart is a breezy, highly watchable film, and one of the year’s standout comedies.

Now over 150 years old, Louisa May Alcott’s novel has been adapted for the screen over half a dozen times. (Last year brought version set in the modern era, though its theater play was limited.) One could be forgiven for assuming there would be nothing less to say about the story – but then one could watch Greta Gerwig’s new interpretation and be proven wrong. Employing a deft flashback structure, and featuring fine performances from the four leads (Saoirse Ronan, as Jo, gets the best material, but Florence Pugh’s Amy steals every scene), this new Little Women provides a fresh spin on the original tale while still remaining quite faithful to its source material. Alcott’s book remains timeless, and particularly so in the skillful hands of Gerwig.

A painful, personal look at marital unity and dissolution. Director Noah Baumbach takes us through the bitter divorce of a once-happy couple, marvelously played by Adam Driver and Scarlett Johansson. For all their faults (and there are many), Charlie and Nicole Barber are portrayed with sympathy, and their story told in dry tones, with minimal narration or music. The extended scene in which a private meeting between the two escalates into an infuriated fight stands as one of the high points in 2019 cinema.

4. Once Upon a Time… in Hollywood

I’m not the biggest Quentin Tarantino fan, and thus came to this film not expecting to love it (and dreading its 161-minute runtime). But surprise – Once Upon a Time… In Hollywood is a breezy, funny, highly engaging drama about late-‘60s Hollywood, with great performances from Leonardo DiCaprio (as a fading TV star trying to keep his career going) and Brad Pitt (as his stunt double and close confidant), and boasts a surprisingly affecting role for Margot Robbie as Sharon Tate. Taking historical liberties, and limiting the graphic violence to its most potently effective, Tarantino creates a loving tribute to a Hollywood age gone by, and one of the most atmospheric film experiences of the year. 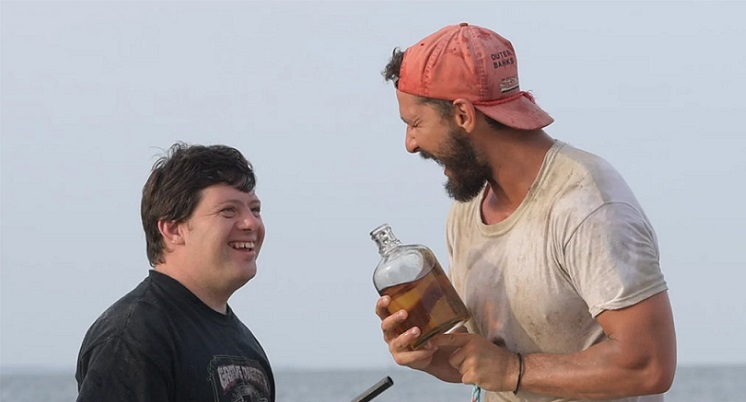 Inspired by Zack Gottsagen, a man with Down syndrome yearning to be an actor, this charming indie shines as one of the year’s emotionally richest films. Shia LeBeouf delivers his best performance in years as a fisherman whose life is upended when a wannabe wrestler (Gottsagen, also excellent) enters his life. By turns funny, heartfelt, and inspiring, Peanut Butter Falcon delivers an emotional journey without exploiting Gottsagen’s condition for cheap sympathy. The film, in part, is about the overcoming of unfortunate illnesses – but even more pointedly, it’s the uplifting story of a boy becoming a man.

In retrospect, it seems outrageous that the most controversial film of the year was a comic-book adaptation centered on DC’s most recognizable supervillain. But once the media concerns died down and people went to see the film (in alarming numbers, it turned out), Joker proved to be far more complex than it seemed. Joaquin Phoenix resounded as Arthur Fleck, a disturbed man stuck in a world that, across the course of the film, seemed to be going even more insane than he was. Rooting the story in the grungy, Scorsese-tinged ‘80s, and making creative use of its unreliable narrator, director Todd Phillips took the world of Gotham City to its darkest place yet, and crafted one of the most artful character studies of the year.

Rian Johnson began the decade directing the most polarizing Breaking Bad episode ever, the micro-budget “Fly.” More recently, he directed the most polarizing Star Wars film ever, the massive-budget Last Jedi. Now he ends the decade with a film that itself deals with a world of polarization – the excellent Knives Out. On one level, the film is a commentary on the current political moment, and on the many groups (rich vs. poor, native vs. immigrant) that we’ve divided ourselves on. But on a broader plane, the film is an expertly crafted whodunit, featuring a quirky detective (the wonderfully hammy Daniel Craig), an array of colorful suspects, and a compelling POV character (an excellent Ana de Armas). Packed with twists and surprises, and told with a witty script and stylish direction, Knives Out is a thrilling good time, and stands razor-sharp as the best film of the year.

Avengers: Endgame, Cold Pursuit, Dark Waters, Dora and the Lost City of Gold, Fighting with My Family, Harriet, How to Train Your Dragon: The Hidden World, The Irishman, Rocketman, Toy Story 4