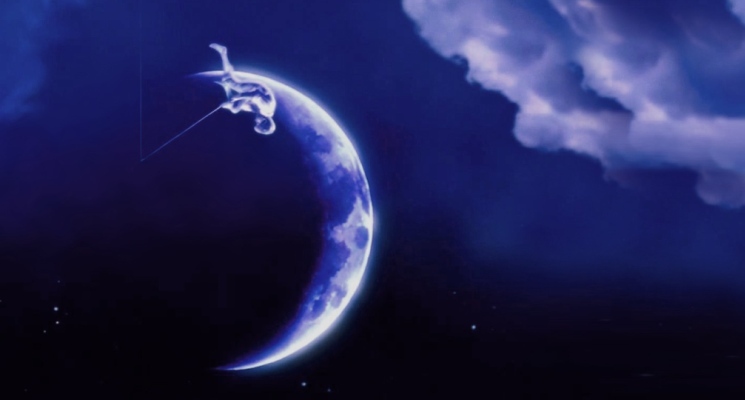 Last week, I divulged my picks for the ten best films in the animated DreamWorks canon. This time around, we look the other way, as I examine the ten films I consider to be the studio’s all-time weakest.

Be warned. There will be snark. There will be anger. There will be more clicks on this article than on my “Best of” list, which is a sign of our ever-increasingly cynical culture. And there will not be pictures, because I only extend that kind of effort to things I like. Without further preamble…

The Croods is not a bad film. It’s colorfully designed, has a good cast, and starts off with a fair amount of promise. I would go so far as to say it’s a legitimately good film for its first half hour or so.

But the longer it goes, the lazier and more (ahem) crudely-assembled it feels. The story, which centers on a prehistoric family led by a traditional father (Nicholas Cage) and constantly ignited by a rebellious daughter (Emma Stone), feels like a Disneyfied morality tale without any of Disney’s verve or flair. Despite some absorbing visuals and a couple of engaging action scenes, nothing about the film raises it above the level of mediocrity. It’s been done before, and done better, and adding Flintstones-age humor doesn’t give the story nearly the kick it needs.

As I say, The Croods isn’t a bad film, but it’s a disappointing one, particularly given how DreamWorks has proven capable of transcending clichés in recent years. While not as frustrating as some of the other films on this list, it remains immediately forgettable.

I’ll be brief with this one, since this film seems to have some ardent fans. Suffice to say, Road to El Dorado is an early example of how DreamWorks films in the Aughts so often went askew. Though it doesn’t feature much in the way of savvy pop-culture references, it comes equipped with a pair of irritating lead characters, a predictable story, and a string of unfunny jokes.

El Dorado is also one of the studio’s more blatant Disney clones, particularly in the music department – the (largely uninteresting) songs were written by Elton John and Tim Rice, who previously wrote the music for The Lion King. The premise, too, cribs from Disney’s long-gestating and ultimately unproduced Kingdom of the Sun concept, which eventually became The Emperor’s New Groove. But El Dorado did beat Groove to theaters by a few months, so I can’t really begrudge the film there.

Every couple of decades, the Trolls franchise experiences a revival. Some question how a product line based around cutesy versions of supposedly intimidating creatures has endured for so many years. But the adorablization (copyrighted word) of once-frightening monsters has long been a hallmark of children’s entertainment (note the myriad animated spinoffs of Dracula, including Toonsylvania and Hotel Transylvania), so I can’t blame DreamWorks for wanting their own piece of the pie.

What I can blame them for is making a film that’s entirely built around Happy Meal toys. The Trolls film has lots of colorful (in terms visual if not personable) characters, and features an ear-tingling, soda-pop soundtrack (including an Oscar-nominated single from Justin Timberlake). But it’s also incredibly bland and formulaic, with a treacly sensibility that will likely bore anyone in the double-digit age group.

Whatever pleasures there are in this film come from its cast (mainly Zooey Deschanel, getting most of the film’s few laughs), and from the general sense that it will keep the kids occupied while Mommy catches her midday nap.

As some have previously noted, the most peculiar thing about my “Best of” list was the complete lack of anything Shrek. And indeed, I must confess – I‘ve never been particularly attached to the Shrek series. I find the first film to be fitfully amusing (it very nearly made the cut), but the sequels are among DreamWorks’ more strained and contrived moneymaking efforts.

Still, most of those sequels do have their strengths. Shrek 2 is well-produced and finely-detailed, even if its humor tends to exist mainly in theory. Shrek Forever After isn’t particularly inspired, but it’s entertaining enough to command attention. And the Puss in Boots spinoff film gets some good laughs, despite the one-dimensionality of its lead.

I do, however, maintain criticism for Shrek the Third, a dull, unfunny, and disposable entry that seems only to exist because of the financial triumphs of its predecessors. The story is forgettable, the jokes rarely connect, and the character of Artie (around whom much of the plot pivots) is extremely annoying.

In honesty, I’ve forgotten much of the details of this film, which blurs together with the other Shrek sequels. I mainly remember being bored. Let’s move on.

Have you ever wondered what Glengarry Glen Ross would be like with more poop jokes? Of course not, because you’re not a soulless corporate suit looking to make a quick buck. But if you’re like me, you probably gave that corporate suit his coveted buck when you went to see The Boss Baby.

The film’s singular draw – Alec Baldwin voicing an industry-level infant – wears thin very quickly, letting the film devolve into inane chaos before it even reaches the halfway mark. The story is nonsensical, existing primarily as an excuse for the toilet humor (which the film delivers in abundance). The animation, too, feels hopelessly at a crossroads – simultaneously adorable and grotesque, ultimately pleasing no one.

Or so you would think. But The Boss Baby performed well at the box-office, and even received an Oscar nomination for Best Animated Feature. Good thing it lost, or else I’d probably feel compelled to follow the growing American tradition of never watching the Oscars again.

Bee Movie is so dishearteningly lazy that it can’t even manage to capitalize on its chief sales pitch – “It’s Jerry Seinfeld as a bee!” As a longtime fan of Seinfeld’s eponymous sitcom, I could probably conjure up multiple jokes to fit this scenario (perhaps his friend Beelaine is searching for a guy who’s “sting-worthy!”), yet this film capitalizes on none of them.

Instead, Bee Movie is a halfhearted (actually, more like quarterhearted) suburban comedy, filled with jokes that rarely hit the mark. The film takes some obvious influence from Antz in the way it tries to “humanize” an insect community, but while Antz used its setting to tell a compelling story about individualism and the social hierarchy, Bee Movie just settles for some “hip” one-liners and a generic message about the environment.

The film gets better in its second half as an actual plot develops, but it’s not enough to salve the early sting. Seinfeld has made a lot of great comedy in the past, but this film is hardly his finest hour.

Well, I’ll say this for Monsters vs. Aliens: It’s definitely a bastion for truth in advertising. Here are some monsters, here are some aliens, watch them fight each other while the fate of the Earth hangs in the balance. That’s pretty much the whole premise of the film, which features a lot in the way of violence and mayhem and little in the way of coherence.

I admit that some of the action scenes are kind of entertaining, and a few of the vocal performances (notably Kiefer Sutherland as an Army general and Stephen Colbert as the President) are fun to listen to. But the story is simply too threadbare to get invested in, and the so-called heroic monsters are barely given any personality beyond “punchline generators.” The one exception is Giganta (Reese Witherspoon), who isn’t really a “monster” in the traditional sense – just a human grown to towering size.

Some critics have praised this film for its feminist themes, noting that Giganta’s arc delivers a good empowerment message. This is a fair compliment, and I can certainly picture a lot of young girls being inspired by Giganta’s storyline. That said, I can’t imagine a lot of girls being interested in watching a film called Monsters vs. Aliens.

Folks who dislike modern animated flicks tend to think all modern animated flicks are like Over the Hedge: Loud, cloying, talking-animal adventures with lots of hip jokes and no real heart, caring more about assembling a celebrity cast than about giving the castmembers anything funny to say. (It’d be easier to counter this argument if Hollywood would stop making films like Over the Hedge. We’d better not be getting a Nut Job 3, guys.)

And yes, Over the Hedge has a star-spanning cast, featuring Bruce Willis, Garry Shandling, Steve Carell, and a whole slew of fellow comedic performers. (The only non-celebrity voices are provided by a pair of guys who were granted a part in the film by Donald Trump. Find better movies, Donny.) But none of the famous voices are all that compelling to listen to, largely because most of the characters aren’t all that interesting. The film plays most of them as ciphers, wide-eyed naïfs who are conned by a wily raccoon and aren’t nearly intelligent enough to realize that they’re being played.

I’ve never liked films centering around a Big Lie, since it leaves the audience restless, waiting for the bulk of the characters to catch up to them. Maybe Over the Hedge could have succeeded if it put more of an effort into its actual script. But that effort is not to be found; stick to the comic strip instead.

Just when it looked like the folks at DreamWorks had finally learned a thing or two about all-ages entertainment, they produce one of their most juvenile – and flat-out annoying – films in years. Perhaps I’d be a bit kinder to Home if it were released a decade earlier, at the height of the studio’s mediocrity. But the fact that a film this shamelessly pandering could be released by the studio in 2015 borders on insulting.

The plot, involving an Earth invasion by the cutest, sweetest, most Happy Meal-esque aliens you’ve ever seen, is lazy and riddled with holes. (How is it that, across an entire planet, only one girl escapes abduction?) The humor is delivered at a first-grade level. And the main character (a well-meaning but clumsy alien voiced by Jim Parsons) is among the most irritating characters to ever headline a mainstream animated film.

The first time I tried watching Home, I shut it off after ten minutes, fearing my brain would liquify from the incessant cutesiness and preposition-dropping. It was only through fierce courage and dedication that I was eventually able to soldier through and finish the film. This job is not an easy one, but as you well know, I do it all for you.

No DreamWorks film represents the cold, grinding, soulless machinations of corporate greediness quite like Shark Tale. It’s every negative quality of modern animation, all thrown together into one deeply unfunny package.

Start with a setting cribbed straight from hot-off-the-market hit Finding Nemo. Throw in a bunch of unlikable, one-note characters defined solely by the celebrities who voice them (straight down to a fish with Martin Scorsese eyebrows). Then mix them all together in a story filled with a lot of one-liners and eyebrow-arching attitude. The result is a film that’s too “hip” for kids, and too boring for adults.

To this day, it amazes me that Shark Tale was able to garner an Oscar nomination for Outstanding Animated Film. (It lost to a far better flick, The Incredibles.) Even leaving the usual quibbles about highbrow awards ceremonies, this film came out the same year as Teacher’s Pet, The Polar Express, and The SpongeBob SquarePants Movie. But all those were ignored in favor of the “cool fish movie.”

7 thoughts on “Bottom 10: The Worst of DreamWorks Animation”