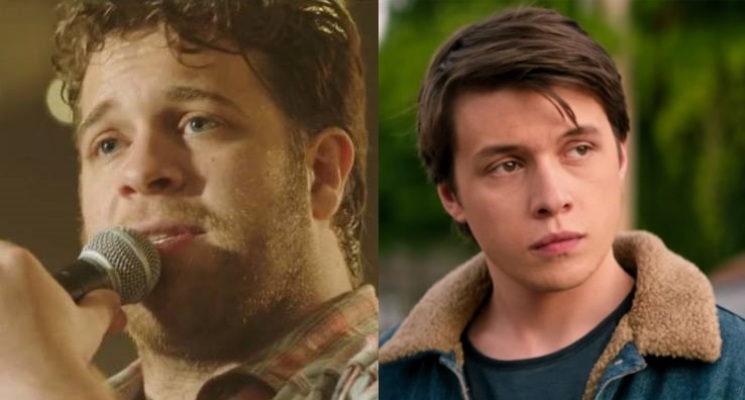 Like most critics, I’ve long been disdainful of audience scores. Simply put, people should not determine which films are worth watching based on IMDB ratings or Netflix upvotes. While some of these aggregates can give you a basic idea of how the public views a specific film, the anonymity and insubstantiality of online rankings make it a poor substitute for pop-culture critiquing.

Still, I admit being a bit struck by a pair of CinemaScore grades that accrued over the past weekend. And I find myself wondering what these grades say about the filmgoing public as a whole.

CinemaScore, which polls moviegoers on their opinion of a film as they exit the theater, is a slightly more reliable source of public opinion than most, as it demands patrons to have actually watched the film they’re grading. The grades tend to reflect box-office returns as well – blockbusters usually score in the A/A- range, while drubbers can fare with a C or lower. Very rarely does a film earn an A+ average – in fact, fewer than 100 films have attained that level in CinemaScore’s forty-year history.

Yet for the first time ever, over the weekend of March 16th, two separate films scored the A+ goal – I Can Only Imagine and Love, Simon.

What’s most interesting about these two films is that they have virtually nothing in common. I Can Only Imagine is a devoutly Christian film focusing on the story behind the popular title song, while Love, Simon is a coming-of-age dramedy about a gay teenager grappling with his sexuality. Yet each seemed to resonate strongly with its respective audience.

The reasons factoring into the successes of these respective films are vastly different – yet they share an important common denominator.

But to explain that, we first understand why these two films have scored so well individually.

I Can Only Imagine was the surprise hit of the weekend, performing far better at the box office than analysts had assumed. (Early predictions had pegged it to earn $2-3 million over the weekend; it ended up grossing over $17 million, outscoring the second weekend of A Wrinkle in Time and finishing in the Top 3.) The film’s success has been largely attributed to the strong publicity it received from evangelical churches in the Heartland, where some celebrated it as a communal event.

The idea of rural folks turning out in unexpectedly large numbers is not a new one (I can already hear some of you wincing over bad memories), particularly when multiple theaters – my own local Noo Yawk cinema included – didn’t bother screening the film at all. But in truth, religious-themed films have been delivering strong audience reactions for years.

Scroll down the short list of A+ CinemaScorers, and you’ll discover a surprising number of Christian-themed films in recent memory: Courageous, Soul Surfer, Woodlawn, Miracles from Heaven. While not necessarily critical hits, these films all resonated with the audiences that watched them, and while none of them were box-office smashes, most outperformed initial expectations.

The pattern can be traced back to a pair of mid-2000s Christian-themed films that were bona fide blockbusters – The Passion of the Christ and The Chronicles of Narnia: The Lion, the Witch, and the Wardrobe. Both films were incredibly popular with audiences, grossing over a quarter-billion each. But Hollywood seemed to weigh their success primarily on their basest aspects (strong violence and popular source material, respectively), and not on the religious themes which attracted a good chunk of their audiences.

This is, of course, a byproduct of the industry, which seems reluctant to tap into America’s large religious well. But as I Can Only Imagine has demonstrated, that well is nowhere near dry.

The popularity of Love, Simon is a bit trickier to assess, as the film does not have a great many forebears – it’s the first film starring a gay teenager ever released by a major studio. (Interestingly, it’s been released the same weekend as the premiere of Instinct, the first TV drama starring a gay character ever produced for a major network.) Still, if the reviews and promos are to be believed, Love, Simon has achieved distinction and success through the “crowd-pleaser” route, mixing together warmth, humor, and heart in classic Hollywood manner.

It’s a formula that’s worked well for other CinemaScore champions, including Wonder, Hidden Figures, and Akeelah and the Bee, not to mention a good chunk of the Pixar canon. These films may indulge in formulaic emotional beats, but they fine-tune them in just the right manner to maximize a positive audience response.

That’s the formula Love, Simon seems to have chosen. It also appears to speak well to its target adolescent audience (the director is Greg Berlanti, a noted CW executive with multiple teen-centric TV shows to his credit), as well as to America’s increasingly vocal gay-representation lobby. These factors all helped make it a major success with its viewers, even if those viewers numbered few. (The film made $11 million in its opening weekend, just enough to grab a spot in the Top 5.)

And there’s the catch with both these films – they each came pre-equipped with small but dedicated audiences. Perhaps I Can Only Imagine isn’t a brilliant film, but its viewers are hungering for a Christian film they can enjoy, and curved the grade accordingly. Ditto Love, Simon, which has scored (as of this writing) a 92% on Rotten Tomatoes, even as some critics acknowledge that the film isn’t necessarily as great as it is “important.”

It seems fairly obvious that there wasn’t much overlap in the I Can Only Imagine/Love, Simon audiences, yet each audience found something to love and support over the weekend. And the response to these films says quite a lot about the filmgoing public.

So perhaps there’s something to audience scores after all.