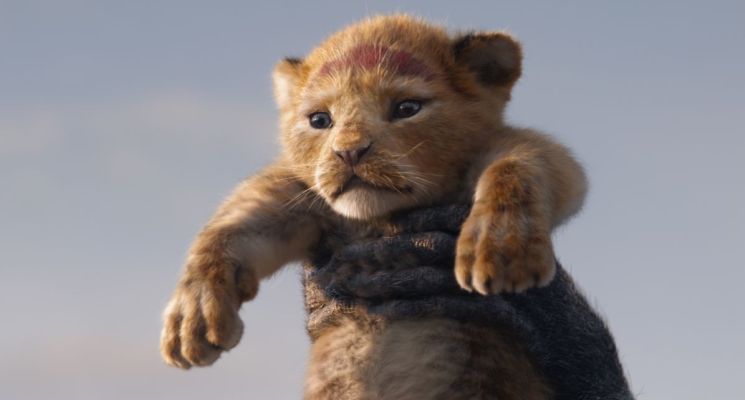 Earlier this week, Disney announced that they would be rebooting Home Alone for their upcoming streaming service, Disney+. Bob Iger, Chairman and CEO of Disney, explained that the film would be “reimagined” for “a new generation.” Presumably, this means the new generation has no interest in watching the original Home Alone, despite the fact that it remains one of the most popular Christmas films ever.

The announcement was met with plenty of online flak (some of which briefly made its way to Wikipedia), as fans decried the unnecessary reboot of the beloved film, apparently forgetting that it’d already been rebooted several times. (Yes, Home Alone 3 is a reboot – don’t let that number fool you into thinking otherwise.)

Lost in the shuffle of the announcement, however, was the fact that Home Alone was not the only acquired 20th Century Fox property that Disney planned to “reimagine.” In the same breath that they foreshadowed the intro of a more politically correct Kevin McCallister, the company also announced forthcoming reboots of Night at the Museum, Cheaper By the Dozen, and Diary of a Wimpy Kid. It doesn’t matter how fresh or recent the franchise is (the last Wimpy Kid movie debuted in 2017); the Mouse is already flexing a white-gloved finger over the reset button.

Any why not? The words “Disney” and “remake” have become the new winning combo in cinema, as best exemplified by their extraordinarily popular series of live-action remakes of films from their own animated oeuvre. From Cinderella and The Jungle Book to Beauty & the Beast and Aladdin, Disney has found success in the present by pulling from the past. Their latest example, a live-action reimagining of The Lion King, has been the biggest hit yet.

Actually, calling it a “live-action” Lion King is technically inaccurate, as the film includes hardly a shred of actual real-world footage. From the lions to the hyenas to the shots of the Serengeti, it’s all been rendered entirely on computer. Plus, calling it a “reimagining” of The Lion King is also technically inaccurate, as the film doesn’t reimagine the original so much as it lifts entire conversations from the script wholesale and covers them in photorealistic imagery.

But of course, that’s where the money lies. As of this writing, The Lion King has made over $450 million domestically, and its worldwide gross is currently over $1.3 billion, making it the biggest non-Marvel film ever released under the Disney banner. The film might just be a retread of the 1994 original, but nostalgia is a powerful influencer – it worked wonders for the live-action Jungle Book, Beauty & the Beast, and Aladdin, so of course it will work for Simba and his pals. Just as it will probably work for Mulan and The Little Mermaid and Lilo & Stitch and every other live-action remake in the pipeline. (Odds are they’ve announced another two or three since I started writing this article.)

Some will protest that these new films are in fact different, in that they’ve been updated to reflect the times. The new films feature more diverse casts, more up-to-date messages, and fewer eyebrow-raising stereotypes. The remakes are thus commendable because today’s kids need Disney movies of their own. But this argument overlooks two key points: (1) Plenty of modern Disney films, both live-action and animated, also promote diversity without feeling like carbon copies of other films, and (2) those original films still hold up extremely well without being given a supposedly modern spin. (And I say “supposedly” because the stereotypes in old Disney films aren’t as problematic as the Internet would have you believe.)

It’s unfortunate, as someone who grew up on the animated Aladdin and Lion King and Beauty & the Beast (all three were among the earliest movies I ever watched), that so many kids are now being introduced to these franchises through their more muted and ironically less lively live-action clones. Great as Will Smith can be, does his Genie have even a tenth of the charisma that Robin Williams (along with Eric Goldberg and his free-flowing team of animators) imbued the character with in 1992? Are a CGI Cogsworth and Lumiere as visually striking or endearing as their animated forebears? Does rendering Simba and Mufasa to look like actual lions enhance their onscreen appeal, or does it emotionally regress them as characters due to their more limited expressive range? (Hint: It’s option B.)

I write these concerns because, as indicated by the tidal wave of cash each new remake brings in, Disney isn’t letting up on this practice anytime soon. And the practice won’t be limited to theaters – a live-action Lady and the Tramp (seriously) is due for Disney+ this November, with a retelling of The Sword in the Stone following soon after. At this rate, I expect Disney to run out of cartoons to remake by 2030. (In which case we may start getting… animated remakes of the live-action remakes? Hey, the snake swallows its tail forever.)

So what can be done? Well, I suppose these new films wouldn’t be quite as tiresome if they were, in fact, “new” films, rather than direct copies. Disney’s library is so huge, and their onscreen worlds brimming with such untapped potential, that it seems silly not to explore beyond the confines of the cartoons. For example, look at what Disney can do with a film like Maleficent, an alternate telling of Sleeping Beauty from the villain’s perspective. Or take a film like Christopher Robin, a sequel to Disney’s perennial Winnie the Pooh franchise. Neither film is without flaws – Maleficent can’t overcome its many plot contrivances, while Christopher bows too deeply to the gods of nostalgia – but both are examples of how Disney can evoke their animated classics without copying them outright.

Certainly Disney has not forsaken the idea of live-action spinoffs or continuations (a Maleficent sequel is due later this year, and a Cruella film is set for 2020). But given their relatively meager box-office performance (Christopher Robin couldn’t even crack six figures domestically), they’re not likely to get as much play as the films that more directly tackle our nostalgic neurons. Despite their general pointlessness, Disney remakes aren’t disappearing anytime soon.