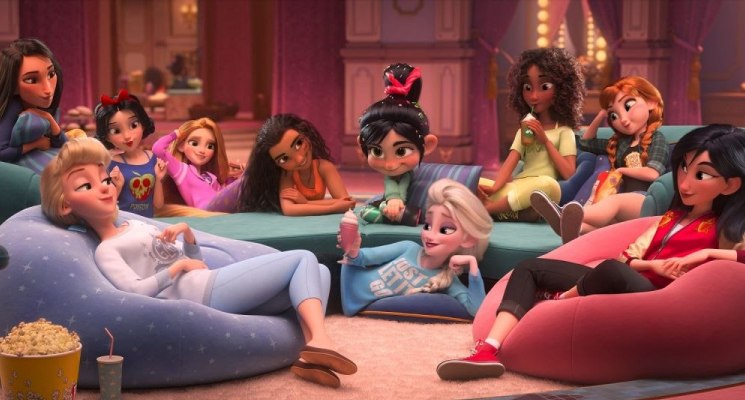 The Internet is a fascinating and endlessly engrossing compendium of knowledge, allowing anyone to receive any sort of information at any time. There is no limit to the amount of eye-opening facts one can learn from surfing the web, and…

The Internet is a glorious world of social interaction, allowing individuals across the globe to connect with long-lost friends, phone-shy relatives, and anyone who shares their cultural interests. There are websites catered to every interest group under the sun, each one more devoted than the…

The Internet is a festering ball of human depravity, where the lowliest bottom-feeders control every conversation, the worst rumors spread with alarming speed, and horrible ideas are de rigueur.

The truth is, there isn’t really a single definition to describe the Internet. It means different things to different users, and since those users encompass most of the civilized (and uncivilized) globe, there’s bound to be some difference of opinion. A discussion of the information superhighway and its impact on humankind would be difficult to chart in a ten-hour docuseries – let alone a two-hour movie.

The past decade has seen a few films attempt to explore the impact of the Internet, usually through the lens of social media. It’s been examined through psychological dramas like The Social Network, horror films like Unfriended, and animated cyanide pills like The Emoji Movie. But now along comes a film designed to outpace them all, both in terms of scale and (inevitably) in box office.

That’s a lot for a single film to unpack, and it only scratches the surface of online culture. There’s little to no discussion of how the online world has revolutionized the definition of TV, or how monetization of online videos has upended the operation of major businesses, or how “fake news” can be distributed to millions of readers at the touch of a button. (There’s also no real commentary on the seedier side of the Internet – outside of a quick “Sassy Housewives Want to Meet You!” pop-up ad – although that can be easily explained by the film’s kid-friendly PG label.)

Watching Ralph Breaks the Internet, one gets the sense that the filmmakers know how epic the scope of their task is, as they try to cram as many little flecks of online commentary as they can into their final product. As with Zootopia (which shares a co-director with Ralph in Rich Moore), this film features dozens of blink-and-you-miss-it Easter eggs and background throwaway jokes. These jokes don’t affect the story itself, but they add a welcome sense of detail to the film and its engrossing version of the online world. The scene where Ralph and Vanellope first enter the online realm – mirroring Judy Hopps’ train-guided first look at the city of Zootopia – bestows the Internet with a crucial sense of physical place and atmosphere, which sticks with us through the rest of the film.

But as fun as these little jokes are, they ultimately underscore how eager the writers are to rush from one bit of relevant social commentary to the next. A key point of the film’s second act involves Ralph becoming a viral video sensation, which speaks to multiple facets of our culture – how nostalgia (Ralph being an ‘80s arcade sensation) plays to our emotions; how popular fads seize our attention; how the “Like” button boils the variety of positive human reactions down to a wordless, faceless heart. Ralph Breaks the Internet seemingly wants to tackle these issues, but in the face of its larger story, has little time to spare for them.

No message gets the shorter shrift than the aforementioned “Don’t read the comments” mantra, which serves to bring Ralph’s worldwide celebrity to a juddering halt. The increasing germination of online negativity – how the angriest comments get the most traction – is a subject the film briefly flirts with, but it’s quickly dispensed with, as the story can’t risk getting too realistically distressing for its young audience. (At this juncture, anyway.)

Only when Ralph and Vanellope come across Oh My Disney! – a website devoted to all things Mouse House – does the film pause to make extended commentary on the Internet’s social trappings. The reason is obvious, at least in financial terms – as a Disney film, Ralph has free range to explore all of the studio’s many subsidiaries, including the Muppets, Star Wars, and the Marvel Cinematic Universe. (There’s even a surprise non-speaking cameo by Stan Lee, though it’s undercut by both Lee’s recent passing and the fact that he was blessed with a more memorable cameo in Disney’s Big Hero 6.)

The Oh My Disney! scenes provide some intriguing and self-aware commentary about how the Internet breeds corporate commercialization, and how Walt’s wonderful world has utilized the vast potential of online culture to cement its status as the world’s largest cultural behemoth. The irony of a Disney film (particularly one that was extensively advertised on the real Internet) skewering its own bottomless market should be lost on none but the youngest of small fry – yet Ralph Breaks the Internet is careful not to let its brand commentary devolve into smug back-pats or navel-gazing. It keeps the focus on playful mockery, both of the studio and its ever-hungry fandom.

This is best exemplified by the much-publicized scene featuring the wide, ever-expanding population of Disney Princesses. It’s great fun to see 2-D favorites like Snow White, Cinderella, and Ariel converted to three dimensions, and to hear so many of the old voices (Jodi Benson, Paige O’Hara, Irene Bedard, etc.) reprise their roles. But it’s even more fun to watch as Disney flips its most lucrative franchise – the coveted Princess line – on its ear, and mocks it with an acuity that puts the Shrek movies to shame.

The Disney Princess lineup has faced its share of criticisms in recent years (some more justified than others), and Disney has tried to shake up the generic princess image in films like Tangled and Frozen. And as I mentioned in my review of the original Ralph, Vanellope is the most subversive princess in the Disney canon. The scene where she encounters the women of the studio’s past makes hilarious use of her relatively downplayed loyalty (the only thing she shares in common with the archetype is that her work is overshadowed “by a big, strong man”), and builds nicely into her own developmental arc in the film.

Wreck-It Ralph was very much a Ralph-centered film, with Vanellope providing comic relief and moral support. But with Ralph’s arc effectively resolved at the end of the first film, the sequel shifts the burden of change onto his sprightly young pal. Ralph may be content with his video arcade status quo, but Vanellope yearns for something more. Her showstopping musical number is among the film’s creative highlights, serving as both the film’s emotional turning point and another gleeful subversion of the Princess trope.

Whereas many kids’ sequels are afraid to alter the status quo – particularly if it involves upsetting relationships previously established – Ralph Breaks the Internet builds its crux around the Ralph/Vanellope friendship, which is showcased even better than it was in the first film. At a certain point, the film’s messaging verges into on-the-nose territory – a literal “heartbreak” scene; the overly frenzied climax – but it deepens the franchise’s core friendship without sacrificing the charm that made it so lovable in the first place.

The ultimate triumph of Ralph Breaks the Internet, then, lies not in the online satire and throwaway jokes (some of which will be pretty dated ten years down the line), but in the way it tests our willingness to see established characters go through fundamental change. Not many animated sequels are willing to go that route, but Disney knows how to get it done. And they’ve more than earned the right to laugh at themselves in the process.

Ralph Breaks the Internet is currently playing in theaters. Stay through the end credits.