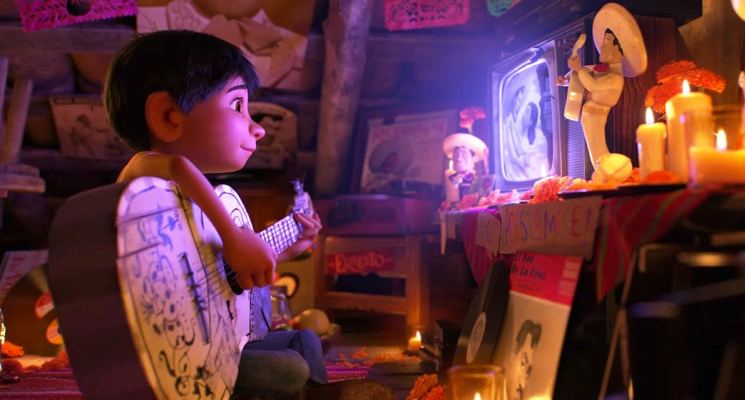 Upon first hearing the premise of Coco, my mind immediately responded: “That sounds a lot like The Book of Life.”

It was a snap judgment, but not an entirely groundless one. Pixar’s latest animated film shares a number of elements in common with Life, which was still relatively fresh in my mind (the film was released in 2014) when I saw the first Coco trailer. The perceived lack of originality concerned me, as Coco is one of the few non-sequel films in the current Pixar cycle. (We’ve just come off Finding Dory and Cars 3; next up will be The Incredibles 2 and Toy Story 4.)

Having now seen Coco, I can attest that the film shares very little in common with The Book of Life, which was largely a slow and forgettable film. Coco is a superior production on almost every level, and once again affirms that Pixar knows to takes its audience a step beyond the competition.

Unfortunately, I can’t help feeling that a single step is not enough.

Coco is a familiar story in a prettier package 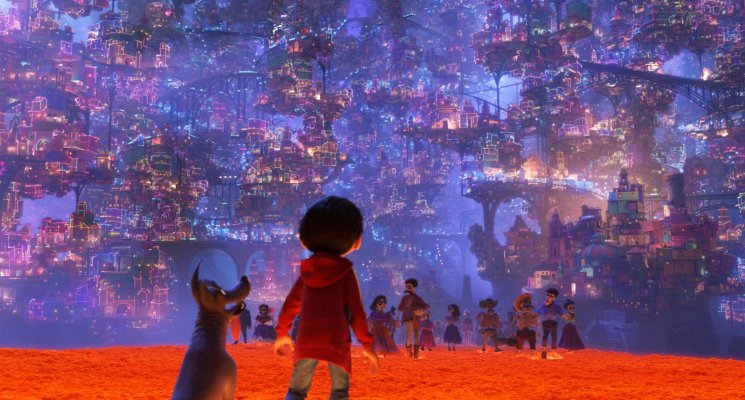 By now you’ve probably heard that Coco is a beautiful-looking film. And you’ve heard right. The animation in this film is some of the best that Pixar has ever produced. Settings and backgrounds pop with three-dimensional color. Characters are rendered in exquisite detail, be they flesh or skeletal. The human lead, a young boy named Miguel (voiced by newcomer Anthony Gonzalez), has a slightly pronated limp to his walk, and his movements are rendered with striking believability. The skeletons which populate the Land of the Dead are carefully constructed down to every rib in their cages, without appearing too scary or threatening to young viewers. Every rustle of cloth, every rattle of bone, is convincingly rendered, and syncs perfectly with the movements we witness onscreen.

It’s perhaps Pixar’s most sumptuous visual feast since WALL-E, and the beauty onscreen is sure to satisfy the hardiest of cinephiles. But wowed as I was by the animation, I came away from Coco wanting more.

On the whole, Coco does everything it needs to. It tells a compelling emotional story. It features good humor and a tuneful soundtrack. It pays respect to Mexican culture while also making it easy enough for outsiders to follow. And it features a stellar (and, with the exception of Pixar staple John Ratzenberger, all-Latino) voice cast.

But it doesn’t do much else. Which wouldn’t be so bad if it weren’t also a Pixar film.

Coco feels like a defining film of the “new” Pixar age 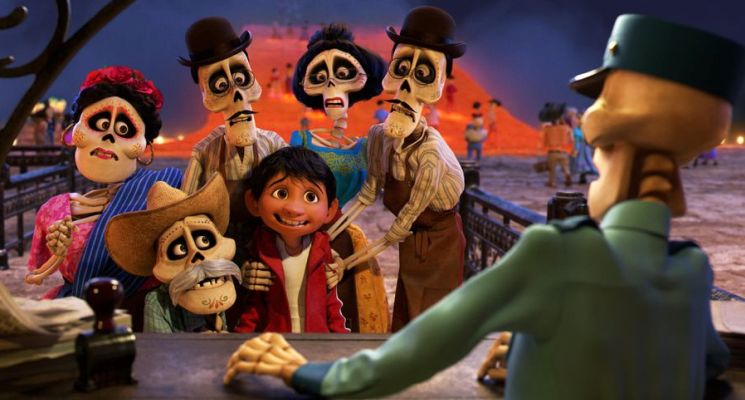 Coco is directed by Lee Unkrich, who previously wowed audiences with the delights of Toy Story 3. That film, released in 2010, came at a time when Pixar was at the peak of the animation world, when nearly every one of their films had been met with wide acclaim and not long after Up had been granted an Oscar nomination for Best Picture. (TS3 would replicate this feat.)

But in the time since, Pixar’s creativity has taken a substantial hit. With an overreliance on sequels and prequels, and a generic feel to some new offerings (Brave, The Good Dinosaur), the studio seems past its heyday. Of all the films released since Unkrich’s last offering, only Inside Out feels worthy of standing among the studio’s finest work.

Judged on that standard, Coco will feel like a breath of fresh air. It’s no Inside Out, but it has a more confident energy to it than some of Pixar’s other recent work. Placed next to Cars 2 or Monsters University, Coco feels like a modern classic.

But perched alongside Finding Nemo or The Incredibles, the flaws in Coco become quite obvious. The film isn’t bad by any stretch, but it lacks the surprise and originality that defined Pixar in its golden days. There are familiar messages about family and “following your dreams.” There are themes dealing with fallen heroes that mirror the likes of Toy Story 2 and Up (not to mention a whole string of non-Pixar films). There’s a key plot point that immediately took my mind to a famous emotional scene in Inside Out. Coco’s stems from formula adherence: if it worked before, it will probably work again.

And it does work, broadly speaking. The story, which follows Miguel’s journey into the Land of the Dead and his subsequent connection with long-dead members of his family, unfolds effectively and doesn’t hit any unwanted obstacles. Miguel enlists a conman named Hector (Gael Garcia Bernal) to help him find famed musician Ernesto de la Cruz (Benjamin Bratt), whose musical blessing he needs to return to the Land of the Living. The film moves quickly, delivers all its messages coherently, and builds to an emotional finale.

But there is a distinct air of predictability to it all, a sense that we’ve been here before – straight down to its most dramatic scenes. As is commonplace with most current Disney/Pixar films, Coco has a Big Reveal about one of its characters at the end of its second act, and while it employs skillful misdirection to keep the audience from guessing, it’s still not the biggest of shocks.

It may sound like I’m being overly harsh here. Coco is by no means a bad film. In fact, it’s probably one of the best family films of the year. Kids will enjoy it, and parents will likely enjoy it with them. Overall, it’s pretty good entertainment.

But looking at the response this film has received. It currently holds an astonishing 96% on Rotten Tomatoes. It’s received an average of “A+” in CinemaScore grades (a feat accomplished by only one other Pixar film, Up, in the last twelve years). It’s a guaranteed Best Animated Feature nominee come Oscar time, and a very likely winner.

All of which leads me to wonder: Is this the new Pixar? Has the studio lowered expectations enough in recent years that modestly above-average fare like Coco are vindicated by virtue of being above-average? Will the once-great animation giant resort to simply being “very good”?

Coco is good, fine, and entertaining. But I’d prefer it not become the new standard.

Coco is currently playing in theaters. It is preceded by the “short film” titled Olaf’s Frozen Adventure. I use quotes there because the short in question is 20 minutes long. Hope you like Frozen.

3 thoughts on ““Coco” Review: Music in the Bones”